Hannah is Professor of British History at the University of Manchester and Director of the John Rylands Research Institute. She has a longstanding interest in the early industrial revolution in the north of England, particularly the fortunes of small family businesses. Hannah’s more recent work has examined issues of gender, work, family and religious faith in towns. Follow Hannah on Twitter or email hannah.barker@manchester.ac.uk. 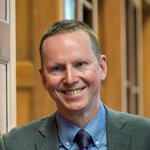 Jeremy is Professor of the History of Christianity and Pro-Vice-Chancellor for the Faculty of Arts at the University of Nottingham. Jeremy’s research interests include the role of the Church of England, and of religion more generally, in English history over the long eighteenth century. More recently he has explored the relationship between conformity and dissent, and the Church of England in colonial British North America.

Carys joined the University of Manchester as a Research Associate in December 2018. She recently completed her PhD at the University of Cambridge; her thesis ‘Religious coexistence and sociability in England after the Act of Toleration, c. 1689-1750’, explored the continuing social and cultural challenges of religious difference in the first half of the eighteenth century. She has articles published in The Historical Journal, British Catholic History and Journal for Eighteenth-Century Studies. Follow Carys on Twitter or email carys.brown@manchester.ac.uk. 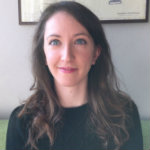 Kate has studied at the Universities of Oxford, York and Sheffield, and moved to the University of Manchester as a Research Associate in December 2018. Her PhD measured the stigma experienced by illegitimate children in England between 1660 and 1834. Kate’s broader interests include the history of gender and sexuality, the family, and concepts of identity and selfhood in eighteenth-century Britain. She has published articles in Cultural and Social History and The Journal of Family History. Follow Kate on Twitter or email kate.gibson@manchester.ac.uk.